This year the beautiful Lamington National Park was home to the 9th International Wolbachia conference, a biennial meeting focusing on the reproductive parasite, Wolbachia, and other notable endosymbionts of arthropods and nematodes. Nestled in the sub-tropical rainforest, over 80 delegates from across the globe assembled to present work on the evolution, ecology, genomics and cell biology of symbioses.

Mornings began with the bustle of bush turkeys and bower birds at breakfast, before full days of talks and posters set amongst the canopied hills of the park. Here I had the opportunity to present, at my first international conference, on the intriguing role of a symbiont, known as Arsenophonus, in honey bee colonies. Arsenophonus, just like Wolbachia, is a genus of bacteria that infects many Arthropod species. It is capable of a diverse range of interactions with different host species, from reproductive parasitism right through to nutrient provisioning.  My talk touched on the prevalence, transmission and phylogeny of Arsenophonus in UK bees and generated some interesting questions on the potential roles of Varroa mite and bacteriophage.

The reputation of Wolbachia as an adept manipulator of host biology attracts many to its associated phenotypes of feminisation, parthenogenesis and male killing – to name just a few. This year was no exception, with exciting reports of the discovery of new Wolbachia induced phenotypes, alongside the resolution of old ones. The genetic basis for cytoplasmic incompatibility (CI) appears to be finally unravelling with the identification of two Wolbachia prophage genes that induce CI like defects in Drosophila, while in Eurema butterflies there is increasing evidence Wolbachia can cause meiotic drive. Updates were also heard from the ‘Eliminate Dengue’ program, which uses Wolbachia infected mosquitoes to reduce vector competence for dengue virus. A bio control strategy that may also be deployable against Zika virus, and highlights the ability of symbiont research to resonate on a humanitarian level.

The conference was an exceptional opportunity to meet members of this relatively small field, and engage in discussion on many of the unresolved aspects of symbiont biology. Inspiration aside, the week was also incredibly useful for improving my understanding of an array of approaches and techniques that were showcased by speakers, some of which I look forward to transferring to my own work. As the conference came to a close, the more musically gifted among us performed a Beatles inspired tribute to Wolbachia – “we all live in a filarial nematode”, and I headed off to the east coast in search of kangaroos and humpback whales. I am very grateful to the Michael Pugh Thomas Fund and the Genetics Society, whose grants enabled my attendance at the conference. 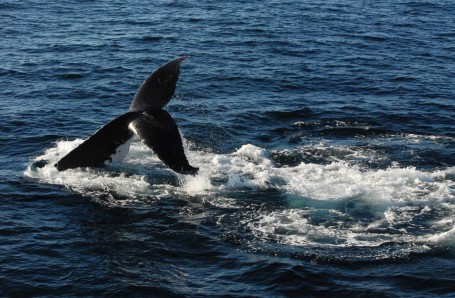 Five members of the Centre for Proteome Research ran the first of six science club sessions hosted at the Victoria Gallery & Museum.  The session was entitled “Beyond the Cell” and was attended by 13 students aged between seven and 10. We started out the afternoon by introducing the students to the concept of our DNA being stored in the nucleus of our cells – to accompany this idea the students extracted DNA from strawberries and made DNA models from sweeties. We then talked about DNA being the code for proteins and how there are different types of proteins in our bodies. The students 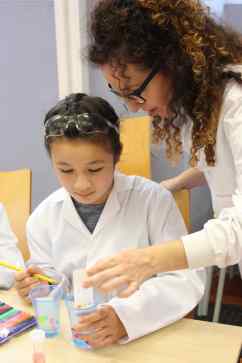 matched descriptions of proteins to the types of “sample” were that protein might be found. We also used jelly beans to demonstrate how different amounts of proteins, or the presence of a new protein, could help us to diagnose a disease. To round off the afternoon the students tried out three different analysis techniques – testing the pH of household solutions using red cabbage indicator, running dyes and inks on paper chromatography, and measuring the travel time of differently weighted marbles on a model mass spectrometer. We really wanted to encourage the students to ask as many questions as possible and try to think like scientists, any they absolutely loved the hands-on activities, especially those involving sweets!