On 12th and 13th June 2019, the natural world took over a corner of the atrium at Alder Hey Children’s Hospital. Nightingale song and the tinkling trickle of a running stream played out across the atrium as a spotlight drew the eye to our little collaborative corner of creativity. I had joined colleagues from the Department of English to host an outreach event encouraging better understanding of, and empathy with, ‘Nonhuman Species’ via a mixture of attention-grabbing science and imagination-sparking creativity.

Members of the Department of English helped children explore their creative sides by encouraging them to think about a number of different species and what their lives are like. Could they explain in an acrostic poem the nature of a tree? Whilst colouring in pictures of nightingales, could they stop and consider what emotions a nightingale’s song makes them feel? Or could they find their new favourite story in our stack of nature-themed books and lose themselves in a world away from the hustle and bustle of the hospital? Our empathy and fascination with the natural world and non-human species are key to our understanding and appreciating them so we hope that these activities will have sparked some curiosity in our young visitors. 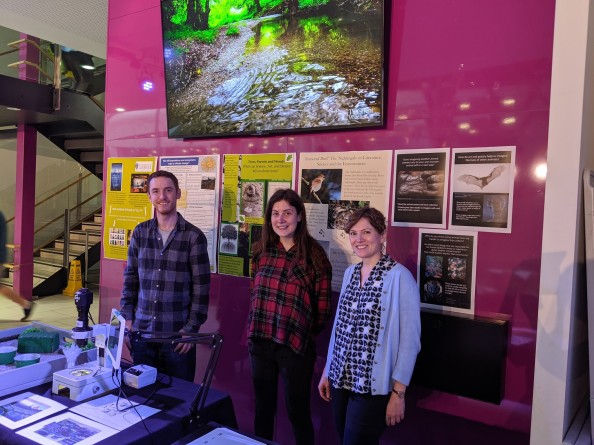 At the same time, I paired with Creative Writing PhD student Bernadette McBride to show the public that science and creativity can belong hand-in-hand. I work in Dr Stew Plaistow’s lab group, investigating the effects of climate change on populations of Daphnia magna – so-called ‘water fleas’. Daphnia magna is a keystone species, meaning that, if it is affected by climate change, the impacts upon other species and factors within the ecosystems in which it resides will also be affected. As such, the importance of understanding temperature-induced effects on population diversity and genetic content in Daphnia cannot be understated.

I brought with me a model of the Plaistow lab group’s experimental pond set-up at Ness Gardens, Wirral. This allowed me to better explain our work to older participants but also gave the younger children the opportunity to catch Daphnia magna from our miniature ponds and see them up close and personal on a TV screen-equipped microscope. Children were shown the different body parts of the twitchy micro-crustaceans on the screen and were given Daphnia-themed word searches and colouring sheets, whilst older visitors were told all about the group’s research at Ness Gardens.

Bernadette, meanwhile, is writing a short story from the perspective of an individual Daphnia magna for a collection of tales concerning climate change. As such, children were given the opportunity to take what they’d learned about Daphnia magna and use their creativity and imagination to think about how Daphnia might feel and what they might notice about their environment as it changes through climate change.

We hope that our event made children think more about the natural world, as well as making the public aware that science and the arts don’t always have to be viewed as disparate entities – sometimes one can influence the other, leading to even greater insights. This is an event we intend to run again in future in different locations across the city as the Department of English looks to broaden its audience.

It is 8 am on a weekend when the alarm clock goes off and for a moment one might wonder “”why on Earth did I volunteer to help in a public engagement event on my day off?”. Shortly past 10 am we start to set up and any negative thought is simply out the window.

Greeted by amazing Dr Angela Midgely and her family, they are already setting up the small gazebo that will be our base for the next 6 hours. One minute in and we are already having fun. Our objective is to engage with all the wonderful pool of possible future scientists and introduce them to the wonderful Superhero Team in your Body project. Through 4 different activities suited for a wide range of ages our young participants will use games and craft to learn how cells in your immune system are superheroes that keep you safe.

It is 11 am and the community garden is already full with parents and kids ready to start engaging with the event. Together with the scientists from the Alder Hey team, we are ready to start the fun. The kids get to decorate superhero masks, create little microbes, learn about the immune cells of the body through games and even do a couple of experiments to separate cells and detect proteins (with a tailored lab coat of course!). 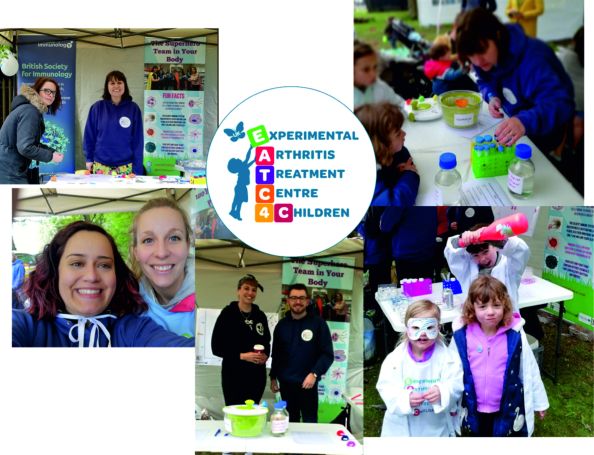 Superhero Scientist team and some of the participants

At around 17h, on our way home, though tired, we could not possibly be happier. We have spent our day with so many youngsters, full of energy, creativity and inspired to learn that it has really recharged my mood. We engaged with at least 100 children and they all left our stand proudly wearing a badge with the motto “Science rocks” or “Science is Awesome”, a superhero mask and a small lab-book for their future experiments.

What can we say? There are plenty of worthwhile Public Engagement opportunities around us, sometimes it takes a bit of a push to get involved but we can tell you, it is really rewarding and worth your time. 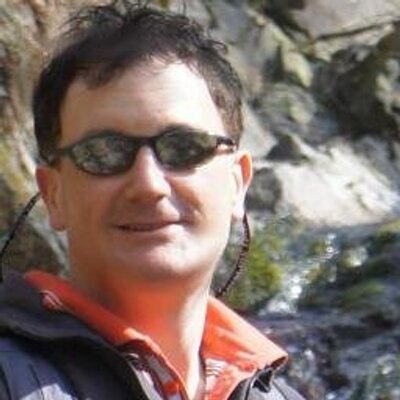